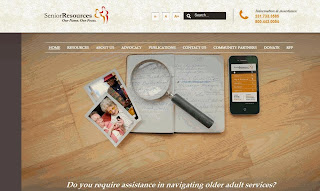 Dear Piasecki and the gang,
I was studying about Tanglewood Park, which is right next door to the new Folkert Community Hub, home of No More Sidelines. Andy O'Riley is promoting a Big Boys Toys celebration at The Hub to raise money for NMS. That's great. We have our young ones playing basketball to the left. We have our grandparents playing pickleball to the right. Muskegon has scored another coup by building a multi-generational campus. Trzaska had the story on Storyville, and that's in process at the Norton Shores Library. Seminole is well on its way to becoming the main street Norton Shores has always lacked.
Just a few thoughts about Trzaska before New York City claims him. He's one of my #WMWEDS windfalls. He was in New Jersey at school when Piasecki put that game into play on Twitter, circa 2010. So I've enjoyed following him during his boomerang through his hometown of Muskegon. I could go on and on about how greatly he helped the city through urban journalism. However, this is my Trzaska moment to recall. I didn't see it. Thanks to social media, can imagine it. Folkwood was about to open this summer at Howmet Theater. He probably stood gazing from the stage at all four hundred seats, wondering what he knew as a journalist to not only fill each one, but also how to put every kid in Muskegon County in one of those chairs. I felt that passion too, and I think that just communicates through The Force as well as Twitter.
It is not too much to ask that his mug for the Unruly Brewing Company mug club be retired and put on display. I asked for it and Trzaska said it doesn't work that way.
Maybe he'll boomerang back? There's always the New Yorker's habit of summering in the Hamptons, or the Hamptons of West Michigan, from South Heaven up to White Lake.
What do you all think?
I write to you to praise Revel Marketing for a beautiful picture on the splash of Senior Resources of West Michigan. It's an antique address book. I recognized the name right away. Would like to know more, starting with the name of the photographer. Next, from where did that choice artifact arrive?
We've thought long and hard about how to make Muskegon work and we've put in sweat and brain equity. Discovering details such as this leads to something more than the internet of things or the ghetto of beautiful things . It leads to an electronic warp and woof that helps all of us find our way home, and that home for us is Muskegon.
Thank you, Andy Mac for the beer. Mac gets a "Captain Tag".
Captain Art Walk
231-714-8130
Posted by Wilbo at 11:30 AM