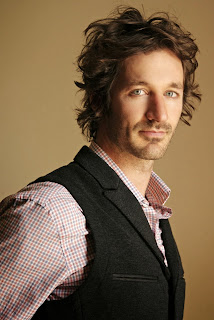 Please find the answers to the below questions from Griffin House. If you need anything else please let us know.

1. Does Griffin House play any golf at all these days?

Ok ready for the most pretentious answer ever?:I am a student of the game, and of the swing, and of the mind set it takes to play well ie live well. It is said that Hieronymus Bosch played an ancient game that was a primitive form of golf called Kolven.  I don't think anyone is going to argue that his participation in the sport made him any less of an artist.  "Garden of Earthly Delights" is one of the best painting of all time.  Moe Norman, and Ben Hogan to me have everything in common with Hieronymus Bosch, B.K.S. Iyengar, Henry Miller or Heracleitus because they all embody greatness in their passion for their art and the way they see how everything is connected.  Separateness is and illusion, and I believe that realizing we are all connected and all one, is one of the key ingredients of the human race finding peace and harmony, heaven, nirvana, whatever, but ultimately surviving...

2. Griffin House has a Kickstarter video that is full of insights to his quirky, romantic personality. He suggests that he writes better upside down. Lyrics are very strong. What rituals does Houses turn to when it is time to write songs?

(caution: attempting this upside down can lead to serious injury or death)

3. The videos suggest a great, almost surrealistic imagination. For example, we have him riding a moped, talking over the roar of its motor, talking into a camera mounted on the handle bars. Maybe that's the idea of his videographer, but House ran with it. We have the old film playing on the face of the World War II veteran. Does House turn to the visual arts to express this imagination and what painters and sculptors is he collecting or following?

4.  If I had the song lyrics before me, and if I did an analysis, I would find many of the lyrics narrate conversations. Indeed, the video in New Orleans show House rapping with at least two men, both men of the street arts. These conversations might also have a peripatetic quality, like Socrates, the idea that a good talk deserves a good walk. I am, after all, Captain Art Walk, Art Talker, so I notice. This conversational quality has manifested itself as a way House sings and talks with the audience. He takes his interviewer from S.P.A.C.E on a walk and talk to Burnham Harbor.

What did Mark Twain say was a good walk spoiled? You see!? I told you it's ALL connected.

5. Gary and Michelle Hanks of Seven Steps Up seem to really love DIY musicians. Ari Hest funds his records by Kickstarter. Seth Glier pretty much records and mixes his songs, often using a portable recording device on tour. Griffin House succeeded at Kickstarter with an over the top campaign. So how else is House a DIY musician?

"If you want anything done right you have to do it yourself."  DIY. This is one of the many things I'm trying to unlearn; that stupid old saying.  Because it seems to me we are all different parts of the body meant to perform different functions and we all have to work together one way or another. If I found my musical partner(s) out there, I'm sure my music could be stronger.  But I have not yet.  It seems the songs that resonate with folks the most are the ones that are intensely private for me and some how the specific nature of them makes them universal.  A strange paradox, isn't it?

6. Speaking about conversations, the respect for elders appears written large in the videos, especially the beautiful image that dwells upon the New Orleans street musician with a guitar slung over his shoulder. Where did House gain this beautiful insight into how life works? The answer is not far to seek. In "I Remember", who is the elderly gentleman featured in many scenes, including the walk together outdoors? I'm betting he's family.

8. When a person goes big for Griffin House's music and his career, they go just a little beyond the bounds of helping out. This all happened first with Bill Flanagan on CBS Sunday Morning back in 2004. House talks about the club in Chicago where every person was singing along with him. And now, City Winery has named a limited edition Cabernet Sauvignon after him, and has scheduled a follow-up concert. Can you give me a few other examples? By the way, I know that the Hanks family doesn't book anybody they don't totally adore. I hope that double negative works.

Every single time someone has helped out feels like a big break, not just one, but lots of them.  So thankful for them.  But yeah, that CBS thing was a huge help at the time, and still would be.  Hint hint ;)

9. Did you say you are raising a family in East Nashville?

I'm not sure if I am raising them or they are raising me.  My wife cracked my heart open and plowed all the fields in there and planted God knows what and we went through all kinds of winter months before the spring turned into fall and this little girl named Emma came into the world.  Then a big giant wave washed over all those fields and the world turned green again.  I'm in the Summer of Love now with them.  They are teaching me what it really means.

10. Talk to me about East Nashville pride? Take me on a walk in the imagination. Compare it to the French Quarter of New Orleans.

My loyalty is with the Buckeye State and always will be.  I only moved to East Nashville because at the time it was all I could afford and I wanted to start a home instead of renting.  So, I don't consider myself cool or proud to live there, it's just where I hung my hat for awhile and it's turned out to be pretty darn good.

11. Dayton and Indianapolis might as well be joined by a monorail. So there must be strong feelings about traveling there next.