When Li-Young Lee read his poetry at Muskegon Community College Monday night at 7:00 PM , he had been awake since 5:00 AM, Sunday Morning. #ClassicCaptain 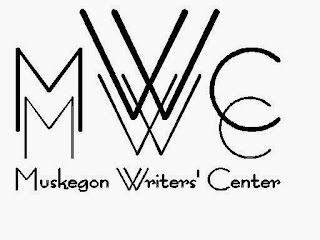 When Li-Young Lee read his poetry at Muskegon Community College Monday night at 7:00 PM , he had been awake since 5:00 AM, Sunday Morning.

The audience filled the Overbrook Auditorium at Muskegon Community
College, exceeding seating. About ten students filled the floor at
bottom of the stage, making Li-Young the first poet to read at MCC
with the makings for a mosh pit. The students and visitors enjoyed his
poems and his answers to questions greatly, even whooping and yelping,
as if Li-Young were a rock star. One woman asked a question trying to
locate Lee in one of the artistic traditons, such as voticism,
nihilism or dadism. She had engaged the use of these terms during her
study for a Master of Fine Arts. Lee answered back he belonged to a
movement called chow meinism. He explained he hadn't found decent chow
mein since his childhood in Jakarta. No one knew how to burn the
noodles correctly any more. So he implored his audience for assistance
towards finding a proper chow mein. The audience loved the joke, but
Li-Young exclaimed, as if apologizing, that he suffered insomnia and
hadn't slept for 38 hours. By my calculation, he hadn't slept since
Sunday morning, October 24th, when he rose from what sleep he had
enjoyed at 5:00 AM.

Li-Young hadn't expected an overflowing house of twenty-somethings. He
confessed he had anticipated an audience of ten and felt sure he could
read from his work-in-progress. Maybe he didn't know that the English
Language Center at Muskegon Community College had grown in strength
since his previous visit, with instructors exhorting and escorting
their charges to the auditorium. He expressed gratitude for a warm
welcoming audience, and recalled when he first had started reading in
the United States, when the US had engaged an Asian country in war and
many Americans could not tell differences between Chinese, Koreans,
Vietnamese or Cambodians. Feeling assured of a sophisticated audience,
he began to read from the new work, to much approval.

His published work exerted a magnetism he couldn't resist. When his
first poem reminded him of a second from his published work, he switched
gears. Regarding all the young men and women sitting as if at story
hour, he pulled out a poem called "The Children's Hour". At question
and answers, a woman asked about his poem that relates his father
pulling a dangerous metal splinter from his palm at age seven.
Li-Young apologized for he had not brought the collection, Rose, that
contained it. Rose had been published in 1986. What luck, the woman
who had asked the question held up her copy of Rose, and one of the
English teachers present carried it up to stage for Li-Young to read.

Li-Young's work often focuses on theme of father and son. His father
had served as the personal physician of Mao Zedong until a falling out
forced Li-Young's family to flee to Jakarta, Indonesia, where Li-Young
was born. Indeed, the poem requested from Rose described his physician
father extracting a splinter from his seven year old hand. In question
and answer, we learned more about the poet's father, who could
translate from Classical Chinese and a number of languages, play
beautiful music upon many instruments. No Father Dearest by a long
stretch, once Li-Young's father tore down the house in a fit of anger.

The father drove the poet to learn English, as he drove his son to
discipline in all matters. Seated upon a chair and a thick English
dictionary, the poet's father listened as his student and son recited
from the King James Bible. Success the father rewarded with shards
from a hand-smashed butterscotch candy. Errors he punished with
inquiries into his son's preparations for English tutorial. Li-Young
discussed his insomnia, nights spent awake remembering the past, a
past that included exile from China and flight from Indonesia to the
United States in the early Sixties. Perhaps sleep feels undisciplined
to Li-Young, who learned an absolute discipline at his father's side.

Thus, undoubtedly, Li-Young stays awake at night, serving the muses of
poetry and history, serving at times the remaining seven muses also.
All nine, he pointed out, served the goddess of memory, and perhaps
Li-Young serves memory well by never forgetting and rarely sleeping.
This is not the only time a count of people appeared in the poet's
conversation. Despite insomnia, the writer claims he has grown happier
and happier with each year. His wife, however, has described his newer
work as sad. Thus, he flipped through his pages looking for a happy
poem, picking Pentacle. Pentacle described five people in bed, and
five people in bed had to be happy event. However, out of the five
people, four were imaginary, not unlike the nine muses from mythology.
So that made Pentacle a sad poem, Li-Young speculated for our happy
amusement, drawing laughter.

Foley Schuler, a long time friend and confidante of Li-Young, provided
an introduction for the visiting poet. Schuler had loaded a recording
of Li-Young reading a poem to the programming computer at Blue Lake
Public Radio, and the histogram of frequencies showed a different
pattern for Li-Young's recitation. Most histograms are continuous,
reminding one of a wave. For Li-Young, the histogram showed unusual
gaps, making visible his use of silence and pause when reading poetry.
This analogy prepared us well to listen to Li-Young's unique, almost
minimalist recitation.

The planners of the event had decorated around the podium with an
assortment of autumn plants, mums and colorful cabbages. When Li-Young
had departed up the aisle, escorted by Mary Tyler, I believe, a young
student announced she wanted to save the inchworm, not too loudly, but
noticeable. She scooped a miniscule creature off the wooden Overbrook
stage and carried it outside. Could this have happened at a Jack Ridl
reading? One wonders.