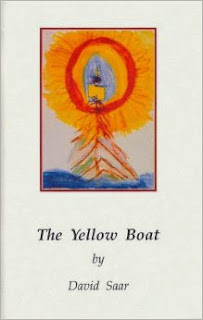 Auditions for The Yellow Boat will be held January 18-19, 2012. There will then be 2-3 rehearsals per week until the performance on the weekend of March 9-10. Please look at the descriptions below and use the Contact Form if you know of any potential conflicts for your schedule (if you hope to be involved in the workshop or auditions). Thanks!

The Yellow Boat by David Saar

A Scandinavian folksong tells of three little boats: "One was blue, one was red, and one was yellow as the sun. They sailed far out to sea. The blue one returned to the harbor. The red one sailed home too. But the yellow boat sailed up to the sun." Benjamin always concluded his bedtime ritual by saying, "Mom, you can be the red boat or the blue boat, but I am the yellow boat." This remarkable voyage of Benjamin was extensively developed and widely produced in America for several years, always to ovations.

The Yellow Boat is based on the true story of David and Sonja Saar's son, Benjamin, who was born with congenital hemophilia, and died in 1987 at the age of 8 of AIDS related complications. A uniquely gifted visual artist, Benjamin's buoyant imagination transformed his physical and emotional pain into a blaze of colors and shapes in his fanciful drawings and paintings.

The story of The Yellow Boat is a glorious affirmation of a child's life, and the strength and courage of all children. Recommended for children of age 8 and older, parents, families and adults. The content is highly imaginative and all actors must be willing to take big risks and draw on their creativity. The content is not in any way inappropriate or politically influenced, but rather, tells the story of a boy and his family and their beautiful journey through a short life.

(The story description is taken from the Good Reads website review.)

The cast consists of 4 men and 3 women. (Flexible!) as follows:

Mother
Father
Benjamin
Chorus of Four (males and females who play the following roles throughout):