ArcheWorks in Chicago has Plans for a City After the City. This 12-18-2013 Panel Explores The Idea of Water in the Chicago Expander. 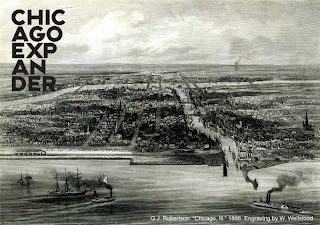 This discussion among some of the city's leading thinkers on water will address our region's greatest natural asset, the current climate crisis, and potential actions on multiple scales that can re-shape our understanding of the city and region.  At one end of the scale, water issues surpass typical boundaries of jurisdiction and governance, trickling up to define and impact unexpectedly larger territories.  At a smaller scale, individual and community actions can increasingly bring influence outside the systems of big infrastructure.

The Chicago Expander is a research initiative and platform for critical discourse that challenges conventional boundaries and perceptions of the city, the region and its position in the world.  Learn more at http://archeworks.org/chicagoexpander

After the City, the City

After the City, the City is a forum to address the future of the city accepting that the actuality of our current version of urbanity has surpassed the scale and scope of what we once considered the city. Learn more at http://afterthecity.org

Archeworks is a multidisciplinary design educator that advances design in the public interest and inspires collaborative action to shape more healthy, sustainable and equitable communities.