Krystal Gardner Might Be The Biggest Winner of the Grand Haven Art Walk 2013, with a second in Mixed Media, a second in Photography and a first in Painting. 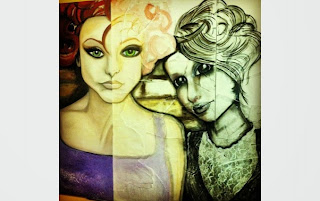 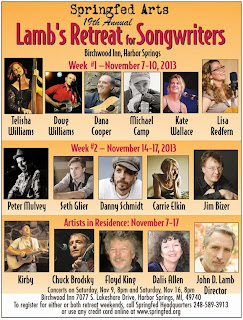 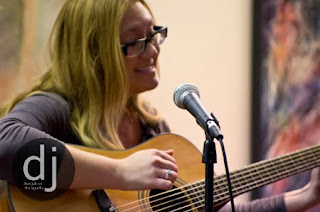 Krystal Gardner is one of our local artists, and her growth as an
artist is reflected in the growth of artists affected by her. When she
grows, and Grand Haven Art Walk 2013 was a growth spurt for Gardner,
we all grow. She has several ways where she emanates artistic energy
to move forward our creativity. She can paint. She can draw. She can
photograph. She can improve the image of any man or woman through her
work in aesthetics at Glamazon Artistic Hair Culture in downtown
Muskegon. Did the Captain ever tell you she can sing and keep this
writer on the edge of a concert hall seat?

Before talking about the music, let's talk about her accomplishment
during the Grand Haven Art Walk. In the popular vote, she scored a
first in painting, a second in mixed-media and a second in
photography. One has to wonder how many times her name appeared on the
ballot tickets, and even more importantly, how many men, women and
children came to Grand Haven Art Walk, thanks to her invitation. After
the ArtPrize reboot of the context of arts and culture, evangelical
artists who work on audience building as well as color mixing have
become the ones to watch. After ArtWalk and ArtPrize, art is no longer
limited to clients of those professionals "in the trade". An artist
must build an audience and a patronage from people in all walks of
life. Gardner, who has built a clientele for her aesthetic business,
has developed a second sense for audience building.

Gardner has a flair for promotion, and she brought moxie to her
outreach during ArtPrize, bringing her social media friends to her
installation of "Two Girls" at Boardwalk Grand Rapids on Monroe, north
of downtown Grand Rapids. The Boardwalk is a wonderful place to
exhibit, located in a brick industrial building reclaimed for housing,
restaurants and mixed-use retail. The location could not be called
location, location, location for ArtPrize, however. It's on the
northern edge of the festival district and mostly locals and citizens
of Creston know it well. Downtown types stay downtown. Representing
the chimeric nature of her creativity, she executed her portrait of
two friends in three different modes: acrylic, watercolor and a blend
of ink and graphite and charcoal.

I cannot find what I wrote when I first encountered the "Two Girls"
image on Facebook, and I'm hoping Gardner has a clip. I was impressed
that it was an advance in her style and development. I might add that
the work champions the absolute value of female friendship and more
than in the key of "Sisterhood is Powerful". This work states
"Sisterhood is Power and Everybody Knows That", to make an allusion to
a GEICO commercial. That's why the two girls are "chilling" together,
posing for the lens of a painter and friend and bonding. The
aggressive, in-the-face nature of feminism in the middle twentieth
century has transformed in the lives of women who were born liberated,
like Gardner. And the two friends depicted know it is an innate right
for two women of the Twentieth Century to have kick ass hair.

One has to support her choice of Boardwalk Grand Rapids for an
exhibition site. The condominium, especially located in an urban
location with a view of a river, continues the impulse of Virginia
Wolfe, who wrote the breakthrough feminist document, "A Room of Ones
Own". When a woman graduates from college and chooses a home, the
condominium serves as a haven where upkeep doesn't require a partner,
male or not, and opens up time to explore life, especially
alternatives for lifestyle. The two women depicted in "Two Girls"
might as well be residents of Boardwalk Grand Rapids, and it's no far
stretch to see the work on display soon in a pied-à-terre inside the
building, an acquired decoration for a woman who has her foot on the
ground of a new world of discovery.

The advancement this year derives from more than her ability to manage
an artistic career by entering four simultaneous art competitions.
This is the year Gardner began to document her artistic process
through photography and social media, taking us behind the scenes to
meet her models, at least as Facebook friends. Not only can she paint,
draw, photograph and style, Gardner can lifecast her progress as an
artist and turn each artistic project into a process to be narrowcast
by social media channels. This makes her a pioneer of new media as
well. In this key, she matches the methods of Andrea Kowch, the
subject of a major, first major, exhibition at the Muskegon Museum of
Art. Kowch works from photographs of her close friends and documents
her painting process for the sake of lectures. Kowch brought all five
of her models to a meet and greet in August, lighting up the hundred
year old art institution in Muskegon.

Oh, can she sing and play guitar. I have soaked up her performance
three times, once at Seven Steps Up, again at the Red Rooster while
she was sitting in with Three Way Street and Andrea Matthews, and
memorably at Muses in Muskegon, an all women performer concert at Red
Lotus Gallery to support the Muskegon Center for the Arts. I wrote
about that concert under one of my pen names, Liam, and the spring
evening made for one of my best nights in the funky, funky town of
Muskegon. You can recreate the evening for yourself by checking out
the web link below, a link that will lead to the StellaFly social
media site.

In a show of mastery in performance and guitar playing, Gardner
routinely takes songs with a tempo as high as one hundred and twenty
beats per minutes and transforms them by changing up the tempo. Moves
by Jagger, a hit for Maroon Five, could be transformed into a sappy
ballad if slowed down too slow. Gardner sings the hit slowly, savoring
the words, making it a meditation upon men she has watched strutting
their stuff seductively on the dance floor. Gardner is a mother and
the dance of men could be said to have obtained. Lady Gaga's Bad
Romance also gains from deconstruction by tempo change, as if Gardner
had intuited Lady Gaga's next persona, the Art Pop diva who holds
court at the A-list art parties in the summertime Hamptons. From now
on, Lady Gaga shall present herself in a more nuance manifestation,
and Gardner already made Gaga's nuances salient with a tempo change.

Maybe Grand Haven Art Walk could send Krystal Gardner to songwriting
school. In a good arts community, a provision is made for member
advancement. Lamb's Retreat for Songwriters takes place over two
sessions north of Harbor Springs, Blissfest country, spanning November
7th through the 17th 2013 with a break for faculty rest and
recreation. Gardner will benefit immensely from working with great
songwriters and bring her lessons back home to West Michigan, where
retreat graduates are tragically under-represented. The faculty list
is enough to justify sending her up there: Doug & Telisha Williams,
Michael Camp, Dana Cooper, Kate Wallace, Lisa Redfern, Peter Mulvey,
Seth Glier, Danny Schmidt, Carrie Elkin, Jim Bizer, Dalis Allen, Chuck
Brodsky, Kirby and Dennis Kingsbury. Maybe she can bring a few of them
home to Seven Steps Up and the Dee-Light, especially as the amazing
John Lamb Springfed Songwriters Showcase. As for John Lamb, the leader
of the retreat, he has the moves like Jagger and Patrick Swayze. Just
ask any woman he made swoon during his tenure as troubadour at Legg's
Inn in Cross Village.

It's a big ticket for Gardner, a bit more than five hundred dollars.
And yet, it's an investment in West Michigan Arts & Culture, a
culturally underserved region of the Midwest. Her artistic growth is
our artistic growth.

The spring had just begun to prosper befor the Muses in Muskegon concert:
http://www.stellaflysocialmedia.com/the-red-lotus-gallery-discovers-a-community-of-chanteuses-to-present-for-the-muses-in-muskegon-concert/

November in Harbor Springs Comes in Like a Lamb:
http://www.springfed.org/index.php?option=com_content&view=article&id=48:lambs-retreat&catid=1:latest-news&Itemid=56

Photograph of Krystal Gardner at Muses in Muskegon realized by Dave Johnson.
http://www.davejohnsonphoto.com/