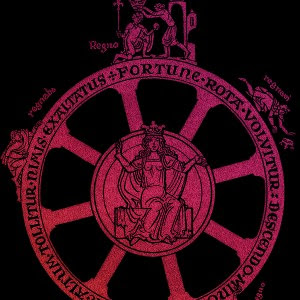 The success of the West Michigan Symphony in the last year, especially
since moving into a space in the Russell Block, seems to defy the
circular nature of Fortune's Wheel as well as the law of gravity. Has
any descent been permanently postponed? Let's leave that for the
metaphysician to explain. Friday night showed the symphony at a new
quantum level in capability, Scott Speck leading a massed choir
composed of two Muskegon choirs and established choirs from Holland
and Grand Rapids. The Children's Choir, lead by Beth Slimko sang
heavenly and also predicted the future. Upon the return to Carmina
Burana, Muskegon will be ready to field a massed choir and all
required soloists from close to home. Call it musical sustainability.

Not only has the downward path of the wheel been postponed; the one
way nature of the roads connecting Grand Rapids and Holland were
reversed for the night, Muskegon's call for talent answered, cars
transporting choristers commuting westward. Astute handling of
symphony finances permitted a triple grace note, honorariums granted
to Soprano Martha Guth, Tenor Christopher Pfund and Baritone Hugh
Russell for their appearances. A small symphony in a community of
Muskegon's size could hope to retain one for a weekend, and yet we
heard three voices from the choral firmament Friday night. Better to
note, the record shows that Guth, Pfund and Russell have relationships
with Muskegon that remind one more of comets, visiting regularly,
rather than shooting stars. Perhaps Fortune's Wheel can be made to
rotate upward and upward if one bends the musical-cultural continuum
just so? Last night's talent can't be the only musical superstars
calling up local realtors for a pied-à-terre with a waterfront view,
thanks to the West Michigan Symphony's pull, part opportunity and part
hospitality.

And then, the staging placed soloists and symphony on the main floor,
phalanxes of choristers towering above them, and hardly cast down from
the stage. Scott Speck conducted from around the former row H. Instead
of diminishing the talent, we experienced the feeling of a house
concert, Carmina Burana performed in Muskegon's biggest living room,
the space Harold Frauenthal restored. Carmina Burana has heavy, heavy
music, and yet the performance made it all seem as conversational as a
song circle, simple as a performance of Appalachian Spring. Pfund
dismissed Russell the roast swan from the chamber with the smallest
quantum of derision possible. Pfund swapped lieder with Guth as if in
a friendly competition, my mistaking Guth for a local amateur
achieving transcendence until I double-checked my program. Guth has
lived part of her life in Muskegon, three times a feature at least,
after all. Maybe she had begun to feel local?

Speaking about that competition between Pfund and Guth? The decision
has to fall to Guth who astounded the full amphitheater with the
shortest song in the song cycle, "Dulcissime, totam tibi subdo me!"
Translated, "Sweetest boy, I give my all to you!" The song began and finished as suddenly as a ring tone, as majestic as thunder. After the show, we
had men standing in conversation in the lobby, still taken by that
brief song, some of them men who had responded to such a call earlier
in life. Passing out compliments, last night wasn't the first time
that the percussion section has driven the music to a frenetic pitch.
After the savagery of "O, Fortuna", first and last, the timpani must
need a new membrane. Send the cymbal to Witt Buick for bumping out.

Everyone gets an ovation is Muskegon. Last night's audience provided
long minutes of standing adulation.
Posted by Wilbo at 4:28 PM