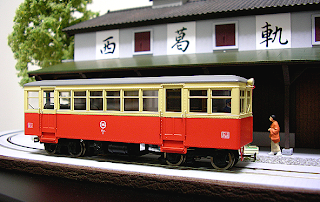 MLive covered the Muskegon Fall Train & Toy Show, which took place Sunday, November 17 at the Golden Token Hall, which is also a bingo parlor. It's hard for small organizations such as the Muskegon Railroad Historical Society to get the word out, although the society did publish a commercial on YouTube, which looks to be the work of Tim's Trains, owned by Tim Suckow.
Not to worry if one feels left out, however. The MRHS holds another show in the spring, probably again at Golden Token Hall. It looks like a first Sunday in April schedule.
West Michigan has three strong clubs dedicated to preserving the rail heritage. Keep up with the model train and train restoration world by keeping this list handy.
Muskegon Railroad Historical Society
561 W Western Ave, Muskegon · (231) 726-3657
http://www.mrhs-online.org/news.php
Holland Modular Railroad Club, who hosts big Holiday season shows in Zeeland.
http://www.hollandtrainclub.com/
Coopersville and Marne Railway Company
http://www.coopersvilleandmarne.org/
311 Danforth St, Coopersville, MI 49404
(616) 997-7000
Posted by Wilbo at 11:01 AM