Bill Baxtresser Brought the Gaudete Brass Quintet to The Block, and guest soloist @ReubenLillie Brought the Civil War and Walt Whitman to Life for the Evening. 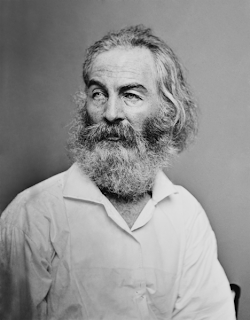 Bill Baxtresser is brassy in a mellifluous way. He's a musical entrepreneur, and he teaches that at Roosevelt University in Chicagoland, where his team, the Gaudete Brass Quintet has landed a plum post as musical group in residence. This is pretty hot news considering Roosevelt University just announced this program to the musical street at the beginning of October 2013. It's probably a relief that Baxtresser is selling performances, recordings and sheet music instead of snake oil or condominiums in 2007 because he's exceptionally talented in this line of work. His instruments might be made of brass; marketed well, the career created by those brass instruments are going to mint gold. Speaking about snake oil, Baxtresser is marketing cures that genuinely work. Invented with a fellow trumpet player, his Intonation Repair Tool has become a standard tool of trumpet teachers everywhere.

Maybe we should finally start listening to Mitch Cope, who was saying that art school is the new B school back in the late Twentieth Century.

Saturday's night proceeded as a showcase of talent. In what might be a diplomatic move, definitely a gesture of friendship, Baxtresser brought Pam Smitter, Principal Trumpet for the West Michigan Symphony to the stage for the Trumpet Sextet in Eb minor Opus 30 of Oskar Bohme. If a quintet needed staff augmentation to reach sextet status, who would one call if not a talented friend? Trust that Bill Baxstresser has a line up of musicians waiting to answer any request for talent.

The Gaudete Brass Quintet might be described as the first old-school act to arrive at The Block. All performers dressed in serious black attire, just short of the tuxedo, and fully bowed after virtually every number. Each performer this season has honored the venue with original attire most appropriate; it's just that the Quintet wore the classics of their profession. Ms. Smitter and Ms. Julia Filson must have emerged from an afternoon at the spa, prepared to perform on stage with Sinatra himself.

What could be more old school than a Civil War soldier who sings Walt Whitman? Through out the evening, Reuben Lillie stood at attention in the shadows of The Block, intently watching his hosts perform, waiting for his call to glory. One might call this method acting; one should call this respect for Americans who engaged Americans in civil conflict on the soil of the United States. The soloist might have grown a full ginger beard for this evening; his Twitter portrait doesn't show him sporting one. Indeed, it was as if he had reincarnated one of the Confederation's soldiers, too beautiful for the Union's soldiers to fire at with murderous intent with hand-cast lead bullets.

And so, let us arrive together at Walt Whitman's door. Reuben Lillie roused his audience, making his listeners sit if not stand at alert as he sang Songs of War and Loss by Anthony Plog. Readers of the poet might believe that the man is still alive, a fantasy perpetuated by the breath of life bestowed upon his verse by Whitman's talent. Lillie's performance continues that illusion. From the first note, one wishes to turn to Walt and ask, "Walt, what do you think of that?" Trust that Walt would shush us all so Mr Lillie could continue with little distraction. There's more than one member of Friday's audience that has turned to the pages of Leaves of Grass to read again the poetry's simple profundity, the baritone's voice close to the imagination's ear.

America must deliberate each armed engagement with the utmost seriousness not just for the sake of the present generation. Our artists will re-enact the conflict for centuries to come. One has to be expectant for Songs of War and Loss as performed by the Gaudete Brass Quintet and Reuben Lillie. The performance has the power to join Ashokan Farewell in the musical literature of the Civil War. Mark these words. Songs of War and Loss will be filmed; one wonders if Ken Burns and his researchers have become aware of this combination of artistic values. It is the nature of Burn's research to always discover the superlative and recherche.