The Block Just Bought a Steinway for More Than Fifty Thousand Dollars. Why Is West Michigan Symphony Allowing Kathleen Supové to Explode It? 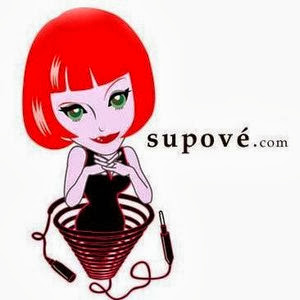 Worry not, Kathleen Supové has known how to play nice, and she has since 1999, when she collaborated on the album Play Nice with Eve Beglarian, a native of Ann Arbor, Michigan. Supové and Beglarian called themselves Twisted Tutu.

Getting a handle on why Supové has the honor of performing this inaugural season isn't easy. The Block favored Phil Popham and the Helix Collective, and Popham composes. The Helix Collective follows the playbook of Classical Revolution, and has invented a new genre of music called Club Classical. Marcie Richardson, tweeting @OperaGaga, claims she is not a composer. Richardson brought a frisson of edginess to The Block's second series performance, and @OperaGaga is a perfect handle for a woman who grew up emulating Madonna. More, Richardson lives, if we remember her confessional talk that day, in Greenwich Village where she works face to face with today's composers.

Alessio Bax? Well, he didn't exactly explode the new Steinway; however, his passion certainly indicated a tuning next day and a physical therapist for Bax that evening.

So maybe we can extract a formula? To composer credentials add a touch of edginess with a hint of career emergence. Better, if The Block has called the performer from a hotbed of composition and performance experimentation. With Kathleen Supové, hold the emergence. Remember, she's a Twisted Tutu from just after the decline and fall of Twisted Sister.

As a member of the faculty at the New School, Supové is clearly in the middle of composers and musicians reinventing genres. Here one can see her performing music at Mannes College with a laptop orchestra. It is her recently successful Kickstarter, however, that gives me the flash of insight. Yes, it's called "BATTERY: Kathleen Supové Beating Up The Piano, LIVE Onstage!" Our guest is cutting edge is so many ways. Like many of the performers who arrive at Seven Steps Up in Spring Lake,  Randall Woolf and Kathleen Supové have turned to Kickstarter to let anyone, not just the well-to-do, serve as patron of the arts. The Block Steinway will be safe in Michigan as she literally kickboxes with a piano, and no cage fighting here. Her movements will be choreographed by Heidi Latsky. Not only does our redheaded pianist teach Kickboxing, she even has a glove she loves, Pink Everlast Women's Pro Style Training Gloves. Funny the level of detail social media delivers.

Speaking about battery, Randall Woolf is Kathleen  husband. All of the shows at The Block have revealed themselves to be family reunions, so let's act surprised in Woolf attends.

Battery in baseball refers to team of pitcher and catcher. Woolf and Supové's too? Who throws and who catches?

Something About Kathleen Supove's Logo Reminds Me of Bounding Tommy Foster, our Local.
Posted by Wilbo at 8:08 PM