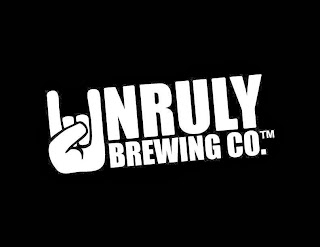 I've been sitting at the Unruly Brewing Company counter in the Russell Block blogging as the brewer offer samples to the trades, all of them enjoying, talking brewing talk. I guess a smidgen of yeast from a woman who started her own yeast company in Muskegon overcharged a batch. I hear that the house sold so briskly during mug club only events the partners brought in a second point of sale. Did I hear that twelve barrels of beer sold in a single night? There's plenty of beer. The big bottleneck, if my eavesdropping is true, is getting it all kegged expeditiously. Let's hope they don't run out of kegs this weekend. The real question is this. How long can the brewer regal his trade friends with generous samples and trade talk without offering the blogger a sample? It's okay, Eric Hoffman. I like your mom and I'm willing to overlook this mild lack of hospitality.

I mean, really, I've shown up for the vintner's after hours, when the tasting room closes, in Napa and Sonoma and Santa Barbara and was given trade courtesy. In Grand Haven, I have a hard time paying for my own drink.

That said, it is pretty exciting being here today. Drip Drop Drink is unhurriedly meeting a brisk demand. Gary Post was here earlier, fussing with the owners, making sure the shakedown week goes well. It's quiet up in The Block, and that means Carla Hill and her staff are taking a well earned vacation. Muskegon County HIV Awareness Project and the Muskegon Area Arts Council have set-up more than forty "Everyday People" statues across Western Boulevard, and each is fascinating. I have pictures coming in. Each has a story that is profound. For example, one has a medicine bag of herbs selected by a Native American shaman as an aid for HIV positive patients.

Folks have been walking in all day long, and it has been fun to talk to them. I even talked to a man from Texas, who wrote for all three of the dailies in the metropolis. He left Muskegon before the fall of the mall, and he contributed to a series of articles, Muskegon Chronicle, about the boom on Western Avenue. I got to tell him about Bellamy Realty and the Century Club and even the plans for the former Olsen House of Music. I think he left Muskegon in 1984 and he was visiting family with his son and finally got to see the boom on Western Boulevard.

So many people have walked in, dumbfound, saying stuff like, "I can get coffee in downtown Muskegon"? I'll add to that. I have happily inhabited the open space of Unruly Brewing and Drip Drop Drink, blogging my heart out. This is the co-officing that Jared Olson has been talking about for weeks. And the view out of the big, lovely windows of the Russell Block will inspire anyone who comes here to write and think.

If you stop in tonight, be sure to look for the Random Act of Fish hung from the rafters, a work of art by Chip VanderWier. Look for the clown fish.

The tap line up for tonight looks wonderful.