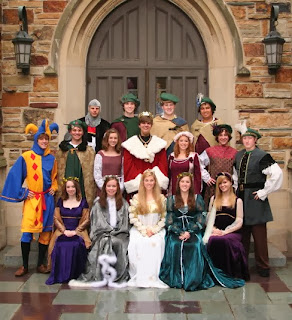 The Early Music Consort will perform medieval and Renaissance Christmas music as part of the Feeding the Soul of the City concert series. The concert is free and open to the public.
The Early Music Consort, under the direction of Dr. Calvin Stapert of Calvin College's Music Department, welcomes the Yuletide season with the rich and evocative music of the Middle Ages and Renaissance in its concert of Christmas carols sung in Latin, German and Old English and accompanied on period instruments.