On the same Saturday night as Blue Man Group, Who Knew About This Underground Show? Beardsley Theater, Muskegon?

One has to wonder if the Frauenthal Center for the Arts has discomfort with hip hop? I knew about Tempting Tables. I knew about Blue Man Group. I knew about the opening for Marc Hoeksema and Terry Hancock's photography show on the balcony of the Hilt Building. I had wine and Tapas twice at Smash in the week of this concert. Yet, I hadn't seen any official word on this concert. It might of been a case of an  "arms length" rental.

That's why the Captain needs back channels, and one reported in last night. This painter, with a show on display in downtown Muskegon, had been tapped to video tape the show. All documentation is good documentation. His picture is good photojournalism, full of facts. For example,  a full house is depicted and the demographic is under thirty. It might be said that that demographic could be under served in downtown Muskegon.

Last night, at Muskegon has Talent, the Master of Ceremonies, Jason Olthoff, coined a phrase that describes the issue. The show had gone from Country Western singer Debbie Perysian to Opera Soprano Lexus Reid. Olthoff called it cultural whiplash. We might experience cultural whiplash when programming entertainment for twenty somethings. Yet, it's the twenty somethings that energize a downtown, spending on housing and clothing, and putting down roots. This hidden concert pulled in almost three hundred of that valuable cohort.

Apparently, the backstage of the Beardsley has an awesome display of graffiti painted by scene painters over time. That's a nice fact to know.

I still have to learn name of band or bands who had packed the house.

The Frauenthal Theater and the Beardsley Theater are amazing values for concert promoters. Beardsley has 250 seats and Frauenthal has 1700 seats, each house available, last I looked, for around a dollar a seat. Will the Frauenthal ever run at the capacity it did when open as a movie house in the Roaring Twenties. The State Theater of Traverse City has a line extending in front of Horizon Books every time I visit. We could bench mark against the State? 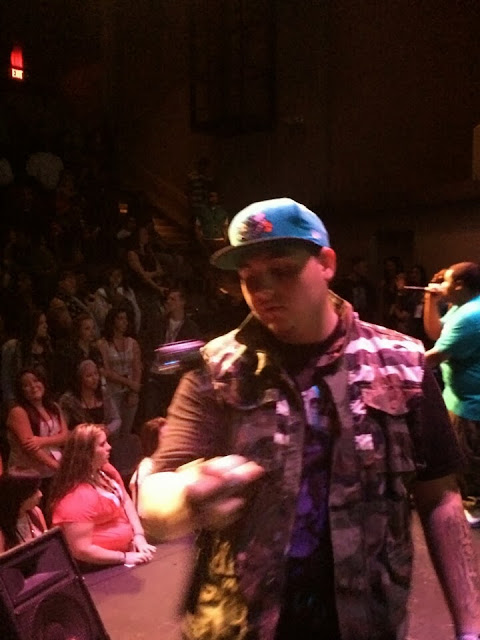